As the sun set tonight, we came out of Holocaust Remembrance Day where Israel remembers the horrors that were done to our people in the holocaust. We  remember the 6 million individuals who were murdered in the midst of this gruesome attempt to wipe our people off the face of the earth.

Every year anew we hear new stories from the ones who survived this killing-machine, and you look at them and try to fathom how they have been able to keep on living after what they have gone through.

The children have been learning about this for the last couple of days at school. They come home and retell the stories they have been told, and I look at their eyes and see what an impact these experiences, this knowledge, this common memory as a people, is having on them.

Every year they are told stories that are age-appropriate. Already in preschool and kindergarten they learn to stand in silence for the two minutes we hear the siren wail over our whole country, and everyone wherever they are stop what they are doing and stand still and remember.

Little ones standing in silence and taking part in remembering. (Photo: Stand With Us.)

As three year olds I remember our children learnt stories of little children who were hidden by kind people, and made it our alive at the end. Now that they are 11 and 13 they hear more difficult stories. This evening, I was told a story that had been told at school today, of a kind family who had hidden Jews, and the nazis found them and shot first the Jews, and then starting from the youngest they shot each member of the family. This all happened in front of the other people in the village. The next morning 24 dead Jewish bodies were found in the fields. The other families were not willing to take the risk any longer…

I kind of wish our children did not have to be exposed to this part of our history. Yet others had to experience it. And we want to respect them by remembering them. I hope the stories are told also outside of Israel, – because I believe that the more they are remembered, the more we can ensure that this will NEVER happen again.

We always watch the ceremony from Yad Vashem that marks the beginning of the eve of the Day of Remembrance. There are six survivors lighting the six big torches in memory of the six million Jews that were killed. Six million individuals.

One of the survivors’ story made an especially deep impression on us. He told of how he had been there as a child, with his father and other Jews, all of them stripped naked and lined up next to a mass grave ready to fall into it once they were shot. The moment before he would have been shot, his father pushed him into the grave and then fell on top of him himself. Many hours later, after the nazis were done shooting on moving bodies in the grave, Max was able to dig his way up and climb out from among the dead. He was 11 years old at the time. He went back to the ghetto, where he watched his baby brother be killed and ripped to pieces, and then his mother being hanged in front of his eyes. He himself became a very young soldier and spy, and worked for the freedom of his people, and this he has kept on doing.  As he came to light this torch, he wore a uniform fully covered with medals! His father had told him; – if you come out of this alive, tell people what they did to us just because we are Jews. This he has done. And he has kept on living, and like many other survivors, established a new family, and named his children after the family he had lost way too early.

In Israel we remember the holocaust on a different day than the rest of the world. There is a date in the end of January that is the international day for remembering the holocaust. This spring-date, the 27th of Nissan, which is the Israeli remembrance day, is during the uprising in the Warsaw ghetto. We remember both the horrors and the ones who were killed, and we remember the heroic acts of those who stood up and fought against this evilness. In the case of the uprising in the Warsaw ghetto, they were able to hold their stand for four weeks, which is nothing short of miraculous!

Yesterday our son and I had an errand downtown, and on our way there he was telling me about what he had learnt about the holocaust that day at school, specifically about the Crystal Night. And as we walked on Jaffa road, he shared how encouraging it was to be there and see the flourishing life our people has today! There are successful Jewish shops and businesses, and nobody is stopping us! I smiled and said, yes, “Am Yisrael Chai.” (The People of Israel Lives.) He looked back at me and said with excitement “Am Yisrael Chai Kol Kach!!!” (The People of Israel Lives So Very Much!!!)

It truly is good to be here in Israel at this time, and be a part of the answer to the hatred of Jews then and now. Our answer is to keep on living. We are here. We are thriving. And we are here to stay. 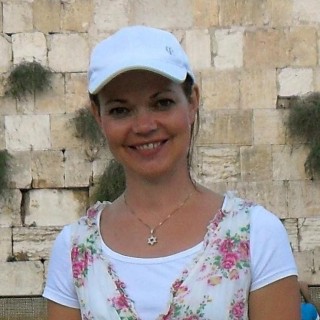